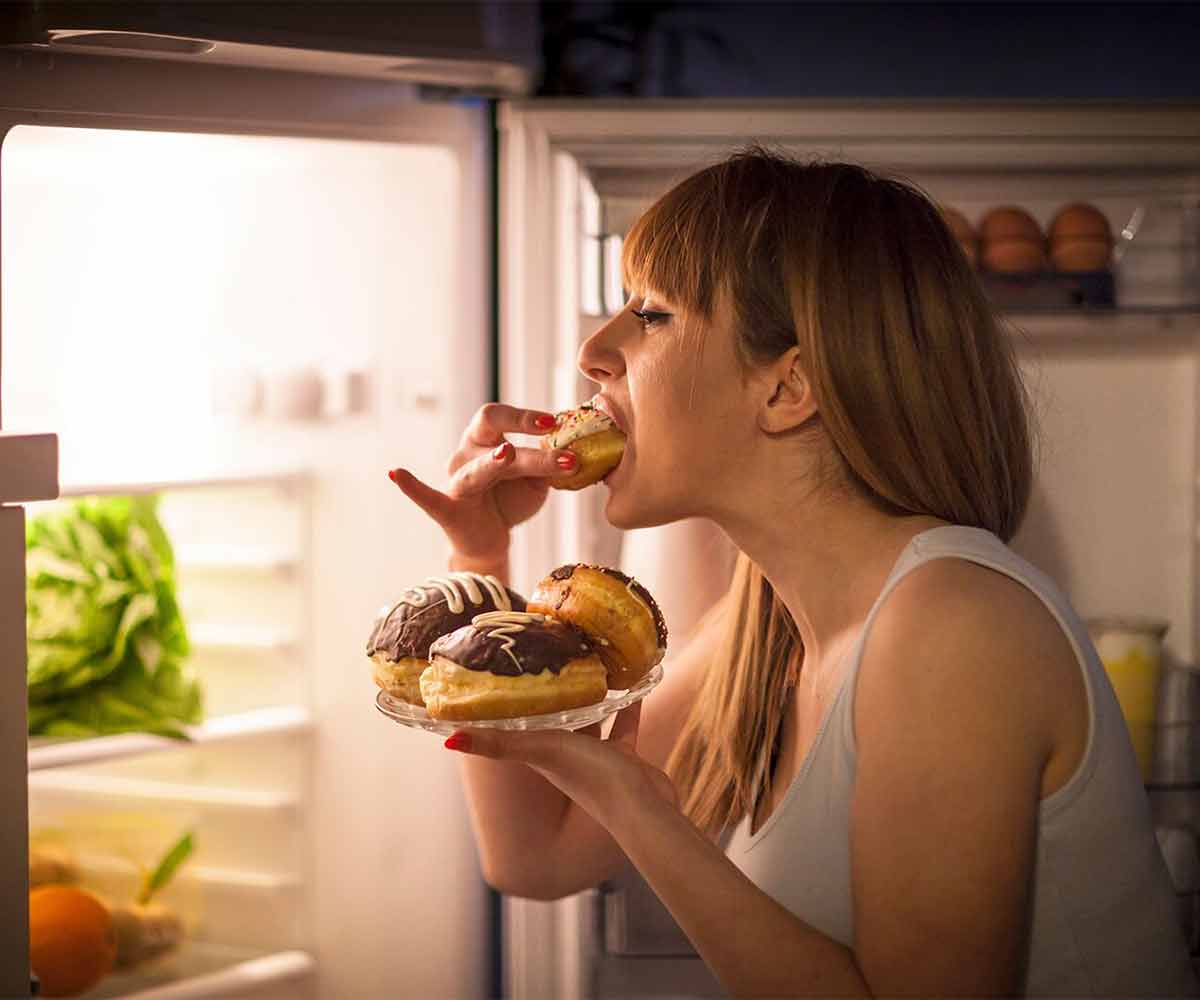 Overweight and obesity affect two-thirds of the American population, and the abundance and accessibility of calorie-dense, low-micronutrient foods is a major contributor to this problem. Many people have difficulty stopping when consuming these foods, eating well past the point of being satiated or even physically full. However, the idea that food can be addictive is still controversial. Triggering addiction and weight gain with unhealthy foods will be explored.

Can Food Really Be Addictive?

Many scientists think so. Addiction is characterized by activation of the brain’s reward system, use of the substance or behavior despite negative consequences, loss of control, tolerance, and withdrawal. Although food addiction is not yet recognized as a psychiatric disorder, compulsive consumption of calorie-dense foods fits these characteristics.1

Research suggests the excessively sweet, salty, and/or fatty (“highly palatable”) foods common in the standard American diet can produce dysfunction in the brain’s reward system, driving the loss of self-control, overeating, and weight gain.2,3 There is evidence that the neurobiological underpinnings of compulsively eating highly palatable foods are similar to those of addiction to heroin or cocaine.4-8

In the Brain: Dopamine, Reward, and Tolerance

Hunger is not the only reason we eat. When we eat calorie-rich foods or engage in other pleasurable behaviors, the brain’s reward system reinforces that behavior with a neurochemical called dopamine.1 The drive to consume large amounts of calorie-rich foods when they were available was advantageous for early humans, allowing them to store enough energy to survive through periods of food scarcity. But in modern times, that same drive for calorie-rich foods promotes obesity, type 2 diabetes, and other chronic diseases.

An early study published in Nature Neuroscience showed that rats given extended access to junk food developed binge-eating behaviors and gained weight rapidly. As this experiment continued, the rats had progressively higher “reward thresholds.”  This means that their brains’ reward systems became less and less responsive. Therefore, a greater amount of junk food was required to satisfy their appetites – essentially, they developed tolerance. The scientists traced these effects to a decrease in dopamine D2 receptors in a certain region of the brain. These same neurobiological changes have been shown to occur in rats that are given extended access to heroin or cocaine.9

Sugar alone was found to produce a powerful reward response.

This was demonstrated by a study in which rats were allowed to choose between pressing two levers: one lever gave them access to sugar-sweetened water and the other a dose of intravenous cocaine.  The rats preferred sugar over cocaine.10

Studies on brain activity have provided preliminary evidence supporting the idea that similar to rats with access to large amounts of junk food, overeating alters the dopamine reward system in humans, which then acts to drive further overeating.

Reduced numbers of dopamine D2 receptors have been reported in obese people compared to lean people, and in women with bulimia compared to healthy women. It has also been shown that the dopamine reward response is diminished over a period of weight gain or in response to frequent consumption of ice cream.1,11-15 Another study suggested that higher-glycemic meals produced more activation in brain regions associated with reward and craving.16 Together, these studies suggest that overeating highly palatable foods results in a diminished dopamine reward response and therefore, tolerance, leading to a constant cycle of addictive overeating.

In addition to the effects on the brain’s reward system, withdrawal may also contribute to overeating and food addiction. Animal studies have shown characteristic signs of withdrawal in animals, such as anxiety or teeth chattering, after access to sugar has been restricted.17-19

A diet low in micronutrients and phytochemicals and high in calories is associated with inflammation, oxidative stress, and the accumulation of toxic metabolites. 20-22 A few hours after eating, as the body begins to eliminate these waste products, uncomfortable symptoms arise, such as headaches, light-headedness, irritability, and fatigue; symptoms I refer to as “toxic hunger.” Many people recognize these symptoms as hunger because eating ceases the detoxification process, diminishing the uncomfortable symptoms. Misinterpreting these symptoms as hunger leads people to chronically consume more calories than necessary and lead to steady weight gain.

High-Nutrient Foods Are Not Addictive

However, the perception of hunger changes as you improve the nutritional quality of your diet. Despite a lower calorie intake, headaches, lightheadedness, and other uncomfortable symptoms decline; feelings of hunger occur less frequently, are less uncomfortable, and are felt primarily in the mouth and throat: “true hunger.” These findings from more than 750 participants have been published in a peer-reviewed journal, in which 80 percent of respondents reported their perception of hunger changed.23

Health-promoting foods do not produce withdrawal symptoms or dysfunction in the brain’s reward system and will prevent weight gain. The way out of food addiction is a Nutritarian diet. Consuming primarily vegetables, beans, nuts, seeds, and fruit helps you resolve toxic hunger and prefer high-nutrient foods.

Avoiding addictive foods and focusing on whole plant foods also results in dramatic weight loss. In a study of 75 obese people who had switched to a Nutritarian diet, the average weight loss was 55 pounds after three years.24

In the modern world, we have around the clock access to inexpensive, low-micronutrient, high-calorie foods. This puts everyone at risk of developing addictive eating behaviors leading to obesity and its health consequences. To stay in good health, we must opt out of the standard American diet, avoid addictive foods, and focus our diets on natural, health-promoting plant foods. 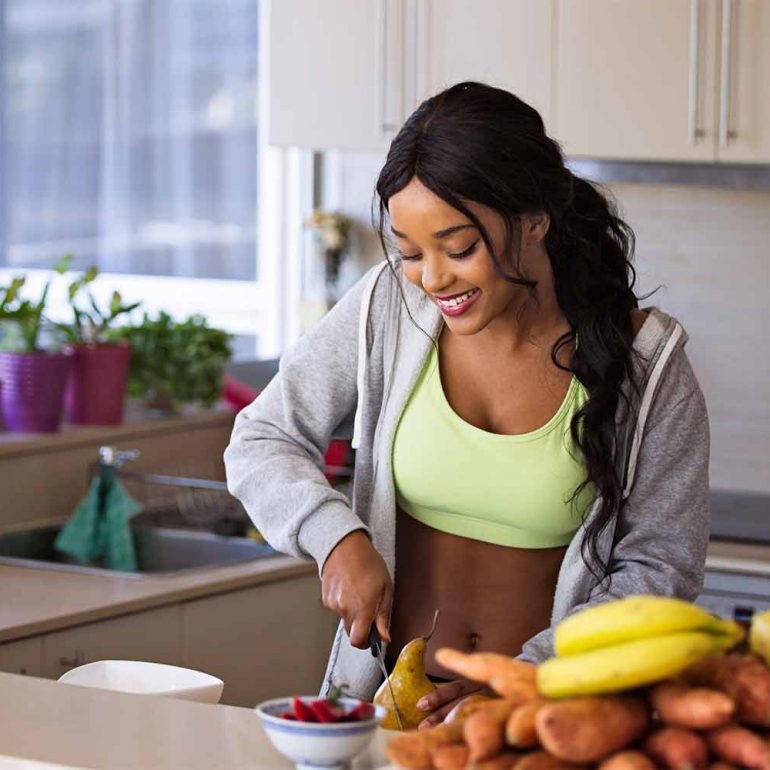 Inspirational Recipes for Your Health

Inspirational recipes for your health. Included are the Rice and Vegetable Wakame Salad…
Read More 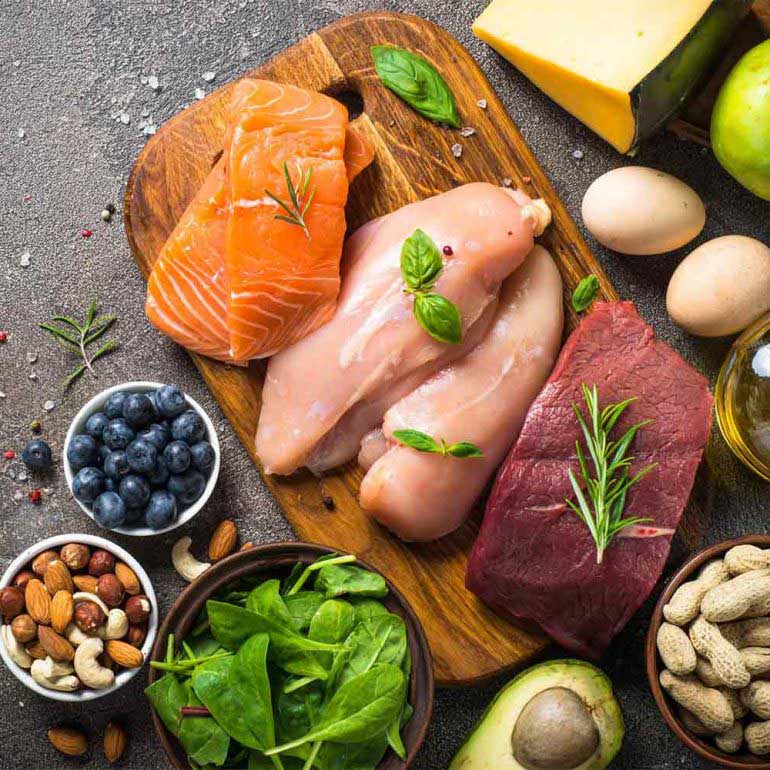 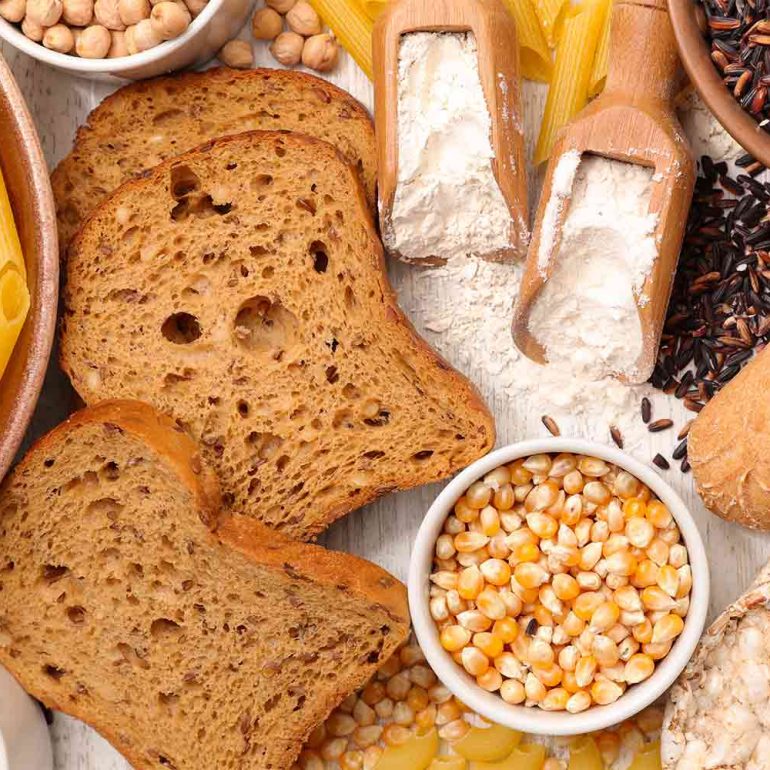 How Gluten Benefits Us